You are here: Home / Useful Links

The French National Institute of Industrial Property (also named INPI) is a self-funded public establishment, under the authority of the Ministry of Economy, Finance and Employment.
It participates actively in the development and implementation of public policies in the field of industrial property and in the fight against counterfeiting.
Industrial property rights such as patents, trademarks and other designs and models give companies the means to fight against counterfeiting. INPI protects and promotes innovation and assists clients with the registration of their rights.
www.inpi.fr

The Office for Harmonization in the Internal Market – OHMI

The Office for Harmonization in the Internal Market (O.H.M.I) promotes and manages the trademarks models and designs at the European Union level. This office implements the registration procedures of industrial property rights.
The OHMI, together with the courts of the European Union Member States, rules on applications for the annulment of rights after they have been registered.
European Community Courts: the Court of First Instance and the Court of Justice of European Communities review the legality of the decisions rendered by the OHMI.
oami.europa.eu/ows/rw/pages/index.en.do

Légifrance offers access to the latest legal developments through the Documentation Department of the General Secretary of Government.
– News from the “Journal Officiel”;
– Legislative Files;
– European news;
– International news.
www.legifrance.gouv.fr

The USPTO organization has existed for over 200 years. Its role is to promote the progress of science and useful arts.
The USPTO’s mission is to ensure that the intellectual property system contributes to a strong U.S. and global economy, encourages investment in innovation, and promotes entrepreneurship.
www.uspto.gov

The Competition Council is an administrative body created in 1986. It acts on behalf although not under the authority of the State, and has real and effective powers- including in the field of imposing penalties.
The decisions of the Competition Council are taken collectively in all areas.
www.conseil-concurrence.fr

The American Embassy in Paris

France is the oldest ally of the United States of America with diplomatic relations that date back 225 years. History tightly binds these two nations, from the French Revolution to the allied landings in Normandy.
The consulates provide essential services to Americans visiting or residing in France. France is an important U.S. partner in the promotion of mutual foreign policy goals, such as democracy in the world, stability, growth, and economic prosperity. The American Embassy works in tandem with France in the fight against terrorism and nonproliferation as well as for the respect of Human Rights.
Through its commercial representation, diplomats are able to help U.S. companies operating in France.
There are two consulates, in Marseille and Strasbourg, as well as four American Presence Posts in French cities: Bordeaux, Lyon, Rennes and Toulouse.
www.amb-usa.fr

French Embassy in the United States of America 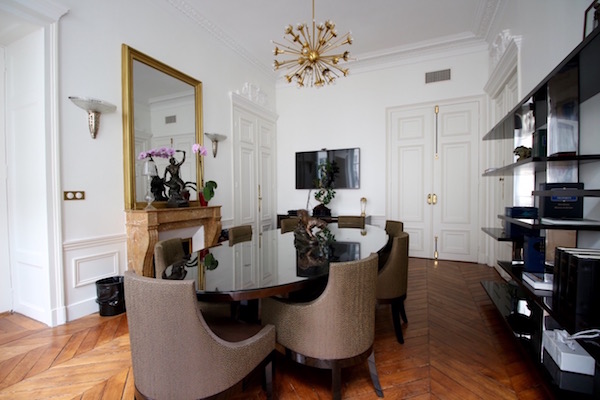